The other reason I dreaded going to Dad’s was because he missed his true calling as a surgeon. If you had any kind of ailment Dad wanted to operate on you with his pocket knife.  Dad wasn’t the kind to hug or console you if you had gotten hurt- he just looked for ways to cut you open.  The first time I found out about Dad’s fetish was when I showed him a wart on my thumb.  It was right on the cuticle and it was no surprise I had gotten one because Charlie McLaughlin had a giant one on his index finger and rubbed it on my thumb one day in class,  teasing me that I would now have one too.  Sadly, he was right.

I innocently showed my wart to Dad because I had no idea what to do about it although I knew I needed it gone.  I figured Dad would take me to the local pharmacy to get some medicine called Compound W because I had seen several commercials about that stuff and it looked like it worked miracles on peoples’ unsightly finger fungus. Dad had other ideas. “Hold still,” he murmured as he held my thumb with one hand and expertly eased his pocket knife out of his pants with the other.  Before I could even blink he had gouged my little thumb with the blade and sliced the wart clean off.  There was a huge hole left and blood started gushing.  “Go get a paper towel,” Dad suggested as he turned to go back to the television, wiping his knife on his pants before closing it up and putting it back in his pocket.  I stood there stunned.  What just happened?  I didn’t even have time to whimper, let alone cry out.  I went and grabbed the paper towel and held it on my thumb for a long time.  It kept bleeding and bleeding and when I asked for a band-aid Dad’s response was, “You’re fine.”  He wasn’t about to get out of his barcalounger for something so silly.

Dad performed another outpatient surgery on me one time when I had a stye on my eye.  It was swollen and painful and I had no plans of calling any attention to it; however Dad couldn’t help but notice it.  “Come here, let me look at that,” he ordered one night after dinner.  I was reticent but not quite so fearful this time.  After all, I was pretty sure Dad wasn’t going to gouge my eye out with his pocket knife so I was relatively safe, I thought.  “Stay here,” he barked as he disappeared into the living room.  I had no idea what Dad was doing but my heart started racing when I saw what he had in his hands when he returned: a giant set of tweezers.  Dad kept a grooming kit in the end table drawer next to his favorite chair so he could pick his feet while he was watching golf or the races on TV.  Dad was prone to ingrown toenails and he insisted that he needed to dig them out regularly versus having the doctor take care of it.  I had seen Dad go to town digging trenches on the sides of his big toes with those tweezers.  What in the world is he going to do to me? “Hold still,” Dad said as he tilted my head back and studied my eye.  “I know how to handle this. Don’t move.”  Dad held my eye open with his thumb and index finger and grabbed more than a few of my eyelashes with the tweezers.  This time I couldn’t have blinked if I wanted to before he yanked with the brute force of a determined Viking.  Once again I was too shocked to utter a sound, however I can assure you that hurt a thousand times more than the attack on my wart.  This time it was my eye that was gushing blood and I didn’t quite know what to do about that but I instinctively forwent the paper towel and booked it to the bathroom where I locked myself in and grabbed a washcloth, wetting it before I held it up to my eye.  Clearly this man is nuts and I must never let him come at me with metal appliances ever again.

I quickly determined I did not fit in with my southern family.  They told me nonstop that I talked funny and called me Yankee on a daily basis like there was something wrong with being from the northern part of our country. They hated how I said soda instead of coke and they had to ask what sneakers were because they had only ever heard them referred to as tennis shoes.  I hated fried okra and yearned for my Devil Dogs and ketchup sandwiches. My stepmother Samantha cooked a traditional southern meal every night.  Sometimes it was good.  I loved her barbecued chicken, lima beans and mashed potatoes.  I learned to appreciate her black eyed peas and corn casserole.  I just couldn’t deal with the salmon croquettes.  Salmon in a can.  Perhaps the worst idea of the 20th century.  She mashed the salmon into patties with bread crumbs and huge chunks of onion and fried them up.  They stunk up the house for days on end and the smell made my stomach turn.  Every morning I asked her what we were having for dinner so I knew if I should be full of dread all day or not.  I tried and tried to mask the taste and smell with gobs of ketchup but to no avail.  Nothing took away the dirty, rotten fish taste.  I also tried to pick out the onions but would invariably miss a few which would instantly cue my gag reflex when they hit the back of my throat.  I heaved through many dinners. Mikey was even worse and would choke and spit his food right onto his plate.  He always caused the drama.  I was more of a quiet protestor.

Making the transition every summer was tough in so many ways.  Living with Mom was a true free-for-all.  Our house was almost always a disaster; we didn’t bathe regularly, and could pretty much do what we wanted as long as we didn’t disturb Mom’s coffee and cigarette time which was most of the time. One time I had dropped a toy in between the couch cushions so I decided to lift one up to search for it.  By this time Mom had decided to take the plastic off the furniture which made it slightly more comfortable and worn.  When I lifted the cushion I froze.  There were hundreds of tiny little yellow worms wiggling around everywhere.  “MOOOOMMMMM!!!!!!” I screamed “MOM, COME HERE!” I was used to messes.  I had even had lice once.  But this was truly alarming.  “What is it, Sparrow?” Mom asked, clearly annoyed for having to get up from the table and leave her cigarette.  I had no words so I just pointed, still holding up the couch cushion.  “Oh, those are just maggots,” Mom said so casually you would have thought they were jellybeans.  “Go get the vacuum.”  I did as I was told and when I came back she showed me how to use the extended hose piece and suck those little maggots right up.  “Like this,” she said as she slowly moved the hose back and forth. By this time she had taken all 3 cushions off and the maggots had clearly taken over.  The worms did get sucked up rather easily and made a noise that I still can’t quite describe as they were ascending to their demise.  I just stood back, watching the whole thing, feeling rather faint. “See, all gone. No big deal,” Mom said as she left the vacuum in the middle of the living room and went back to her cigarette.  It was rather shocking since Mom would go into an all-out panic and scream fest if a wasp or hornet got into the house, yet she was completely unfazed by the most disgusting worms that turn into flies.  Baffling. 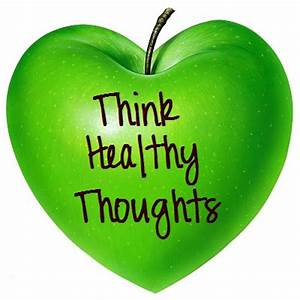 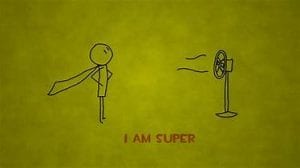 Build Confidence and Structure Your Schedule for Success 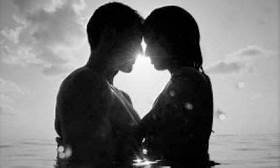 Are you single? Dating? Watch this!